Now Hiring: Are you a driven and motivated Engineer? 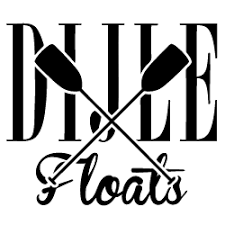 On Friday the 13th of September, after my first two weeks working at easics, we were expected at Baron’s Brasserie for the annual teambuilding. We started with some coffee and sat down for an introductory presentation by our consultant, Marc. After a “who am I” and a talk about the future of the company, we were off for a day of fun and games organized by Dijle Floats .

For the first part of the activities, we were divided in teams of six in which we had to play all sorts of games. With over ten different games to play, ranging from ring tossing to giant Mikado, and a cute Border Collie to join us all, it didn’t take long until we all were putting our best foot forward. By introducing a new game every half hour or so, three hours passed extremely fast.

As promised, lunch consisted of a variety of delicious sandwiches. But given the recent increase of people with to job students and three newly hired employees, me included, the estimates were a bit off. To make sure everyone had eaten plenty, the hosts provided fries and snacks until we were all satisfied.

Rested and fed the next part of the teambuilding started, a walk through the woods where a series of challenges awaited us. As one group we were tasked with finding who doesn’t fit in the row, memorizing a long series of characters, humming and whistling a song in unison and many more. The highlight of the afternoon as the penultimate challenge: get the entire group to the other side of a gate without touching it. It’s a crazy sight to see four people carrying a fifth person over a gate as tall as a meter and a half. But of course, thanks to the ingenuity of the group and teamwork, this challenge succeeded without an issue.

To conclude the day, we all enjoyed a tasty barbeque provided by the people from the brasserie. Despite the weather forecast, the sun kept shining and we all enjoyed the delicious food until long after the sun went down. With everyone feeling content after a fun day and a delicious meal, the day ended with everyone chatting and enjoying a drink, the perfect way to end a long but fun day.

Looking for high quality engineering services? Complete the form below.
We will contact you in 48h.

Start the collaboration with us while figuring out the best solution based on your needs.

We use cookies to ensure that we give you the best experience on our website. If you continue to use this site we will assume that you are fine with it.OkPrivacy policy