Now Hiring: Are you a driven and motivated Engineer?

This year easics celebrates her 30th birthday! In all these years we have accomplished a lot, there are many technological milestones and fun facts that are not publicly known and are worth mentioning.

We are not your average engineers

During 30 years of working on the front line of digital evolution, we were able to work on some very remarkable projects, both new and old.

Yes, that USB.
The project started in 1996 (which is coincidentally the year I was born in) and the end result was a configurable core, used in many USB devices. Regular processors weren’t fast enough to handle the needed signal speeds for the protocol. And since the technology was being developed, there weren’t even any computers with USB ports to test the devices, so they also had to be developed.

The main advantage is that this eliminates the need for a built-in embedded processor and allows very high throughput and low latency, which is a big advantage compared to competitors who use a CPU-based TCP Engine.

Some of our devices are really cool 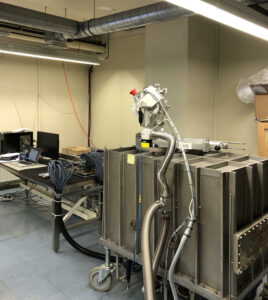 Seriously, one of our latest projects has been tested for extreme cold temperatures and remained fully functional at a bone-chilling temperature of 22.7K. Here you can see it chilling in the cryogenic test.
This extensive testing is needed for when we want to put this chip in its final destination: space.

We also want to thank Alec McCalden, who is the PM of the SRON effort, for helping with the cryogenic tests and for providing this picture.

We are part of the creators of the SystemC library

Although we don’t get much of the credit. SystemC is less known than SystemVerilog, but it has many advantages when used in our in-house flow. Setting up a SystemC testbench on easics infrastructure takes a couple of minutes, while creating a SystemVerilog/UVM testbench can take several days.
The main advantage of a SystemC testbench is that it lends itself to re-using code used for verification on the actual embedded end-product, sometimes without changing a single line of code. This is the case for most of the code used in our nearbAI core, where testbench code is put on the CPU controlling the FPGA, only an added linux driver is needed to get the embedded system running.

“We only do the interesting part”

That is one of our main mottos. This means that connecting modules, which is usually nothing more than connecting a wire, is fully automated. This automation goes a lot further than connecting modules, and this mindset combined with our internal tooling results in 80% of our code being generated, leaving only the interesting design to us.
Almost all tools are developed in-house, meaning that if you want a certain feature added or find a bug, all you have to do is ask. Our tools are also efficient to the point that generating all the code for a complete toplevel takes a matter of seconds.

Besides technical accomplishments, which are very important for an engineering company, the non-technical aspect can never be forgotten.

Creativity is strongly encouraged here, but not only in your design. For example, a 3D printer is present for both company and personal projects. Combine this with a couple of creatives and you get a load of fun statues on several desks. It even goes as far as someone building his own ergonomic split keyboard using this 3D printer. 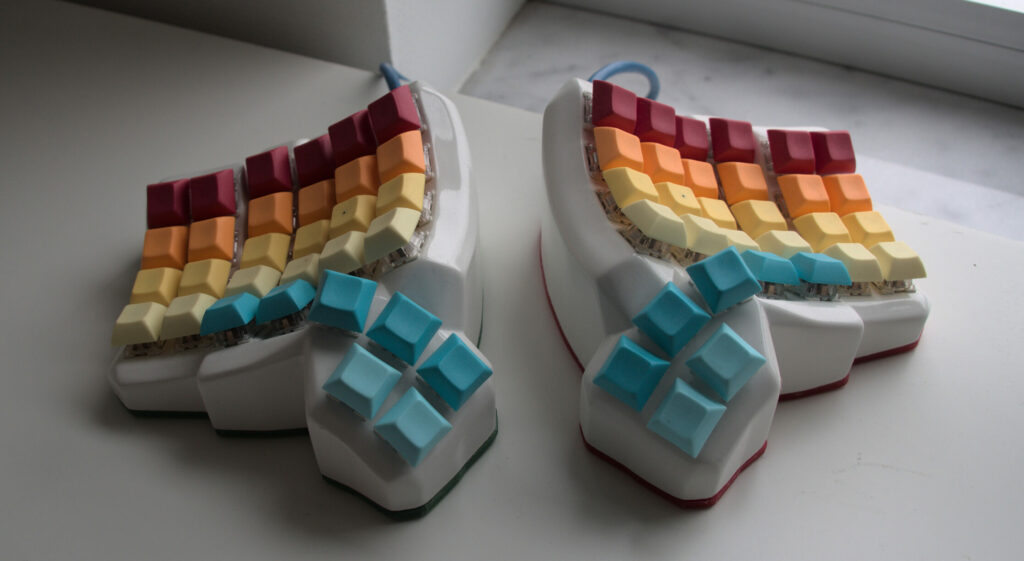 Of course the knowledge of these people can be used outside of work. A team of easicsers became the winner of the non-official world championship of electronics, twice! And as the winner, we also organised it in 2017.

Relaxation is just as important as work, and there’s more than enough to choose from around the office. When the weather is poor, just look into one of the two meeting-rooms and find the console of your preference, be it a Nintendo Switch or a PS4. Combined with the enormous screens there, it’s not hard to imagine that countless games of Mario Kart have been played here.
It may not always be that relaxing, as these lunch-time tournaments can get pretty intense. But it always results in a nice break and gives a nice way to build some friendly competition and team spirit.

A healthy mind in a healthy body

Thanks to the superb location of the easics office (right next to the woods of Heverlee), it is very attractive to go on a post-lunch walk in the woods. But where some prefer walking, others prefer running in the run-club. 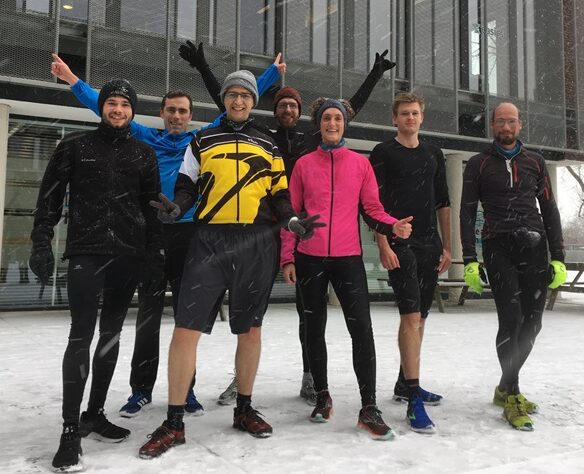 Those who really got into it, really get into it, like this group who participated in the North C-trail of 2019, but only after a full preparation with a test-training and health centre, sponsored by easics.

In line with the previous fact: of the 24 employees of easics, there are several driving around on an easics-bike. The furthest commute is about 40 km, one-way…

The all-known game of Dungeons and Dragons is also part of the company. Every once in a while the large meeting-room is re-organised, an extra screen is pulled out and here the story is played, all using a program created by the Dungeon Master. What else can you expect from a designer and a D&D’er?

Especially in a field that changes rapidly, so it’s safe to say that this list does not nearly show all the things we have accomplished. While talking to colleagues you learn some things about the history of easics, and while working you help create the ever growing future of easics, continuously expanding the already huge list of accomplishments.

As you can see, we don’t lie when we say we stand on the front line of digital evolution. Every member of the easics family gets to be part of the driving force behind this wave.
So why not join the family?

Looking for high quality engineering services? Complete the form below.
We will contact you in 48h.

Start the collaboration with us while figuring out the best solution based on your needs.

We use cookies to ensure that we give you the best experience on our website. If you continue to use this site we will assume that you are fine with it.OkPrivacy policy